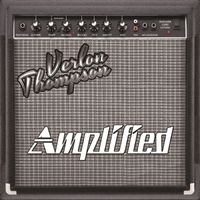 From the recording "AMPLIFIED" downloads

Fade in, opening scene, boy and a girl, split screen
His eyes blue, her skin brown, different world, same town
Close up on her pretty face trying to get her lipstick straight
Cut to him, engine running, clean white shirt, you know its coming
Somewhere long about the second reel
Somebody’s gonna make a sweetheart deal

Soundtrack, dance beat, carnival, mainstreet
Brown skin sees white shirt, heads turn, big flirt
Eyes meet, music gets loud, he pulls her out of the crowd
There’s the look and the look back, the big kiss and the fade to black
Cue the full moon and the ferris wheel
Looks like somebody made a sweetheart deal

End of story, moral is…..whatever…it’s all show biz
Everybody’s lucky, no one gets hurt
Just a little lipstick on a clean white shirt
Don’t let ‘em tell you it’s too good to be real
Every now and then you make a sweetheart deal